How to join a Facebook Group as a page ?

You will be amazed to know that nowadays the administrators of Facebook groups now have an option to allow pages to join groups present in it. Yes you read it right as now join a Facebook Group as a page is easy and more effective for your fanpage to gain more fans or sales.This is one of the fascinating features that have been given by Facebook. This feature is a significant role in engaging with the communities on Facebook as this has always been a challenge for the companies in the engaging audience. And the reason behind it was that every member of the company or staff would have to join the group with their profile. 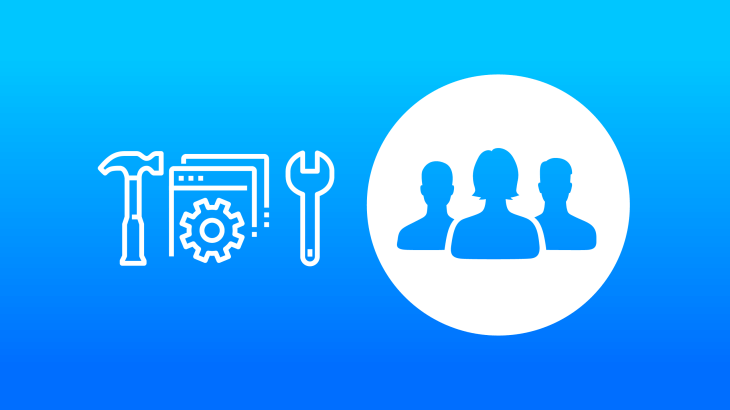 This is one of the trickiest things, as the staffs those are involved in that would not like to join their personal Facebook to talk with the customers. And there can also be some probability that for lots of the organization the staff people would like to engage with only that particular community. This is done to defend their actions for the counter misinformation. You can relate this with the fact that only a member of the staff that is dealing with the negative comments is only targeted at their profiles and not at their employer’s.If you are still unable to create the Facebook groups then this article will help you to understand about how to create the groups on Facebook easily.

So as per the theory stated above, it is now possible for a firm or organization to join the group and even they could participate in the conversation. Thus, you can now answer their questions or required you can also defend them using its corporate page. The best part of the groups is that they are very much essential to the Facebook experience. If you are joining groups, then you can have a sense of focus and also a source of conversation on the Social media platform. As per the statistic, there are almost hundreds of groups with more than millions of members in that, but the main part for the communicators are the smaller groups, which somehow represent the geographical area or the core audience. Hence, it is the perfect time not only to try but also join the audience’s group just by using your company page.

This is of one of those things that you need to try, and I believe that you will enjoy doing this. The first time that you will find when you will join any group is that pop will display stating whether you want to join the group as an individual or as your page. Selecting the option at this point is the easy thing.

This thing is presently possible and if you are not sure about how to like a different Facebook page of which you are not an admin from the page of which you are an admin. All that you need to do is go to the page that you really want to like and then give a click on the Page’s cover photo. After doing all this, you will find three dots on the right side top corner and select it after which pop up appear and you need to choose the option of Like as your Page. Select a page and then click on the submit button.

There is a systematic way that needs to be followed before approaching to engage with the Facebook group. Mentioned below are those steps:-

It is evident that Facebook groups are the most amazing spaces for credible engagement with the required audience. The main effort that is involved is in establishing a relationship and trust.

Make use of the group to reach the audience quickly.


Some sort of information that is communicated in these groups can be valuable for everyone. If you can interact in the group as the business page, then it will provide you with an alternate way by which you can quickly generate exposure. And this will also help in building awareness with the relevant Facebook communities. It has been noticed that the present situation is such that the Allow pages which have an option to request to join as a group member is made active by default. Make sure you know that posting too quickly can result in blocking your facebook account, if you are unsure about how it can affect your facebook account then you might read about the restrictions and the reasons that we have created for you. Thus you can say that until or unless the group admin has opted for the option not let join the page, the pages included in the test pool should be able to join the group.

How to join a Facebook group as a page

As per the new update that has been spotted by a social media user that Facebook is now allowing a page to interact with the communities and join the groups. Henceforth, it was noticed within the Facebook group settings that a new option has just popped up for the group users which is now fetching an option to allow pages to join as the group members. You will be shocked to know that previously only the person having their profiles were able to join Facebook groups and perform activities like comment post and share, but now the same could be some by the pages. This will help them to engage with some more communities. During an interview with the working authority of Facebook, it was told that they are testing the ability for the pages to join the existing groups as well. It was noticed that there was specific aspect when doing so was a beneficial thing like the pages of the actors, politicians, musicians and other related sorts of public figures and celebrities that are associated with the Facebook page. This will also help them in not making their personal Facebook profiles public, and you may also find that some might not have any personal profile at all.

Before this change, it was noticed that most of the public figures along with the brands were restricted from interacting with their fans and supporters over the Facebook groups. But now what can happen is that the pages can easily join more groups and you may also see in future that Facebook will have some verified pages with more than millions of likes. This will help them to reduce interaction with the person over their account.

Now the page owners that are using their page in a group can witness an increase in the number of likes in their page. And this is only possible due to the interaction that is made over the groups instead of the personal profiles. The best part is that the page owners can now quickly build the brand that they wanted to use within that particular group, rather than using the personal profiles and name which the Facebook community needs for operating smoothly.

As we know that there is two face of every coin, in the same manner, these features have some merit as well as a demerit. And the fault of this feature is that an individual can hide behind any random page name as opposed to your real name that exists on your profile. And it may, in turn, lead to some misuse or abuse. I guess that Facebook must have prepared something for that. On a survey, it was found that Facebook has given the group administrator permission to turn off the option that allows the page to join into his Facebook group community. This will stop the pages to join the group, and they cannot even participate in any post, which means that they could neither comment, post or share. Just think of the scenario where the admins can now ban the pages, which are not the part of their groups. Or the one who is found to be misbehaving or abusing in the group or even you can know how to close a facebook group.

As far as I know, all the Facebook group administrators will be informed soon regarding this new feature. If not then they will quickly read out in the various article that Facebook has added a new feature to it. Facebook takes a significant step in making a social engagement to some other level. You will be delighted to know that enabling the feature to the pages to join a group will be the group default feature that will be made worldwide. If you wanted to know something more regarding this, then I would like to recommend reading away from the policy that has been made available by Facebook.

You can relate this instance of a new feature with the fact that Facebook has become very much concerned about taking its features more and more seriously during the coming months. Even now Facebook is planning to make an option available for the Facebook pages over which they can not only join the groups but at the same time, they can also create groups.

You will also be shocked to know that Facebook has also announced to launch its group subscription plan option. This will enable the admin of the group to charge their members for its access if Facebook starts this feature then it will be like proved out to be the milestone in engaging more number of members to the groups and pages.